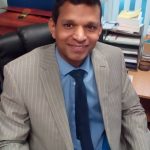 Dr Augustine graduated in the year 2000 from Madras, India and did his hospital training at Blackpool Victoria Hospital since 2002 in specialities including medicine, paediatrics and emergency medicine.

He joined the practice in 2007 and has a diverse medical interest with special interests in cardiac disease, diabetes, epilepsy, child health, family planning and minor surgery. He is a trainer and mentor for trainee doctors.

Other languages spoken: Tamil and Malayalam 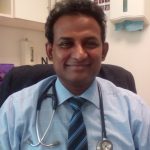 Originating from Sri Lanka, Dr Anthony has been associated with the practice since August 2011. He completed his GP training at Arnold Medical Centre in Blackpool and Fernbank Surgery in Freckleton. 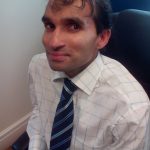 Dr Majumder joined the practice in May 2015 and has interests in dermatology, ENT, and medical education. He does a wide range of joint injections too and is passionate about research in General Practice. Joydip is an accredited GP Trainer, Appraiser, LMC Mentor and has various undergraduate supervisory roles at Manchester University. Outside of the surgery Dr Majumder is a keen runner and swimmer, takes part in triathlons, and also enjoys sketching. 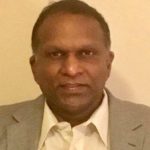 Dr Saravanan joined the practice in October 2019. She graduated in the year 2000 and has been a GP since 2012. Dr Saravanan has a particular interest in women’s health & contraception, diabetes, elderly care and child health.