Our highly qualified nurses deal with a range of conditions and health concerns. They are responsible for running specialised clinics for asthma, diabetes, CHD, hypertension, family planning & smoking cessation as well as treatment room procedures. 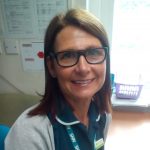 Debbie has worked at Adelaide Street practice for nearly 20 years. She specialises in diabetes, but also has a special interest in sexual health and family planning services within primary care. 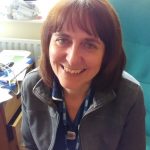 Jo has worked at both Adelaide Street and Harris Medical Centre since January 2007. Jo runs chronic disease clinics in our practice and specialises in diabetes and respiratory conditions.

When she’s not at the practice she can often be found spending time with her dog Bertie, who is a pets as therapy dog, and they regularly visit the children at Brian House. Jo also enjoys exploring the countryside, settling down with a good book or  doing a spot of baking. If that wasn’t enough, Jo also volunteers some of her time to Christian charity Open Doors. 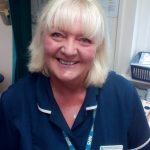 Anne has worked across both practices since 2009 and runs chronic disease clinics as well as most general nursing clinics. She specialises in sexual health, family planning and travel health. 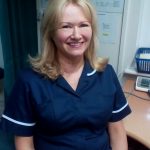 Healthcare assistants support the nursing team and run run their own clinics. You are likely to see a healthcare assistant if you require a blood test, blood pressure check, NHS health check or spirometry test. Leigh gained her Healthcare Assistant (HCA) qualifications in 2015 and is now enjoying her new role as part of our healthcare team. Leigh originally joined the practice as a receptionist, but eventually found her niche in providing direct healthcare to our patients. 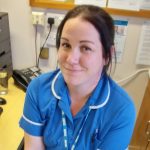 Lorraine also originally joined the practice as a receptionist in May 2015 and is thoroughly enjoying providing a more caring role to our patients. She has passed both level 2 & 3 qualifications in health & social care, and qualified in phlebotomy in Dec 2017. Lorraine is currently furthering her career in healthcare by studying to become a nursing associate.